"Will You Forgive Me?"

Matthew 18:21,22
Then came Peter to him, and said, Lord, how oft shall my brother sin against me, and I forgive him? till seven times? Jesus saith unto him, I say not unto thee, Until seven times: but, Until seventy times seven. [Read: Matthew 18:21-35.]

As I watched the movie, “The Hiding Place” again, my heart was stirred to think about the ten Boom family and their strong desire to rescue Jews from the shocking Holocaust of WWII. Their home became a refuge for fugitives hiding from the Nazis. Casper ten Boom and his two daughters, Betsie and Corrie, risked their lives by protecting these people. They built a hiding place located in Corrie’s bedroom, a secret room, no larger than a small wardrobe closet behind a false wall. The space could hold up to six people, all of whom had to stand quiet and still. A crude ventilation system was installed to provide air for those in waiting. When security sweeps came through the neighborhood, a buzzer in the house would signal danger, allowing the refugees a little over a minute to seek refuse in the secret hiding place.

On February 28, 1944, the ten Booms’ were arrested and German soldiers thoroughly searched their house. They never found the half-dozen Jews safely concealed in the hiding place. The six stayed in the cramped space for nearly three days before being rescued by the Dutch underground. All the ten Boom family members were incarcerated, including Corrie's 84-year-old father, who soon died in the Scheveningen prison. Corrie and her sister Betsie were sent to the notorious Ravensbruck concentration camp, near Berlin. Betsie died there on December 16, 1944. Twelve days later, Corrie was released for reasons not completely known. Some say that there was a mistake made in the prison paper work, but we know that God makes no mistakes in His purposes or plans.

Corrie ten Boom set up a rehabilitation center for concentration camp survivors. She began a worldwide ministry that took her to more than 60 countries and received many tributes, including being knighted by the queen of the Netherlands. Corrie gave her testimony around the world but on one occasion she was faced with something she never thought would happen. A guard from Ravensbruck was in the congregation where she was speaking. Corrie recognized him in the crowd as they were all coming out of the basement. She had just given her testimony on God’s forgiveness and saw him coming towards her. She immediately flashed back to the memories of Ravensbruck with her dear sister Betsie in the big open room where she first saw him. Their initial encounter with this man was a horrifying one. They had to shamefully walk naked before him to find some clothes to wear. In the middle of a huge, brightly lit room, were piles of clothes and shoes for the women to search through randomly, in total humiliation.

The cruel guard from the prison camp finally reached Corrie and spoke to her saying, “You mentioned Ravensbruck in your talk; I was a guard there.” He said he didn’t remember Corrie, but wanted her to know that since that time at Ravensbruck, he had become a Christian. He had asked God to forgive him for all the horrible things he had done there and wanted to ask Corrie to forgive him in person. He put out his hand and immediately Corrie was faced with his question, “Will you forgive me?” It must have seemed like an eternity that she stood there looking at the man and saying to herself, “I must forgive as Christ has forgiven me.” When she put her hand in his, a healing took place in her heart bringing tears of forgiveness to her eyes. With touching emotion, Corrie responded, “Yes, I forgive you, with all my heart!”

Thought: Though the Bible commands us to forgive, I’m not sure this is always obeyed. Resentment, bitterness or just plan ole rebellion enters the heart and you refuse to forgive. Have you ever made these statements? “Well, if they come to me and say they are sorry, then I’ll forgive them” or “I will never forgive what they have done to me, ever!” “If I forgive them, then I”m letting them off the hook. I want revenge!” Are these the things that you have said openly or repeated in the private recesses of your heart? To forgive is the means that God uses to make you free from all the suffering, agony, and pain unforgiveness brings. No one is ever off God’s hook and the Bible is very clear that we are not to seek vengeance. Romans 12:19 says, “Dearly beloved, avenge not yourselves, but rather give place unto wrath: (leave it to the wrath of God) for it is written, (Deuteronomy 32:35) Vengeance is mine; I will repay, saith the Lord.”

Corrie ten Boom had a serious decision to make when the guard from Ravensbruck asked for forgiveness. She may have even thought she was letting this guard off Betsie’s hook and not being true to her sister. Whatever she thought, the healing power of the Holy Spirit of God took control and she did forgive, with all her heart! Is there someone in the secret place of your heart you are not willing to forgive? I beg you to reconsider what God has commanded you to do and FORGIVE. You should have mercy on your fellow man, as the Lord has had mercy on you. Don’t allow your unforgiving spirit to turn you over to the tormentors, the severe disciplining hand of God (Matthew 18:34,35). 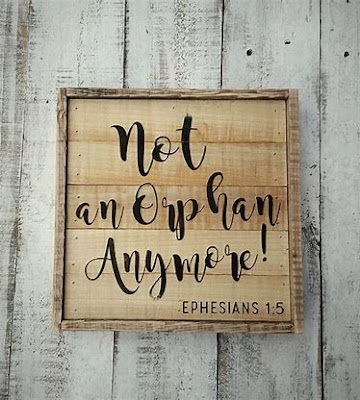